Amateur Radio – Journey of a Waveform 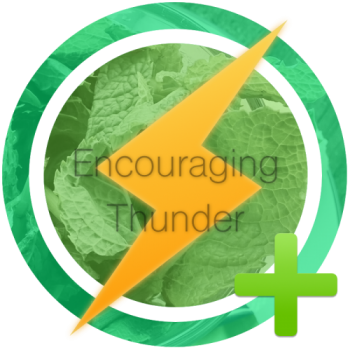 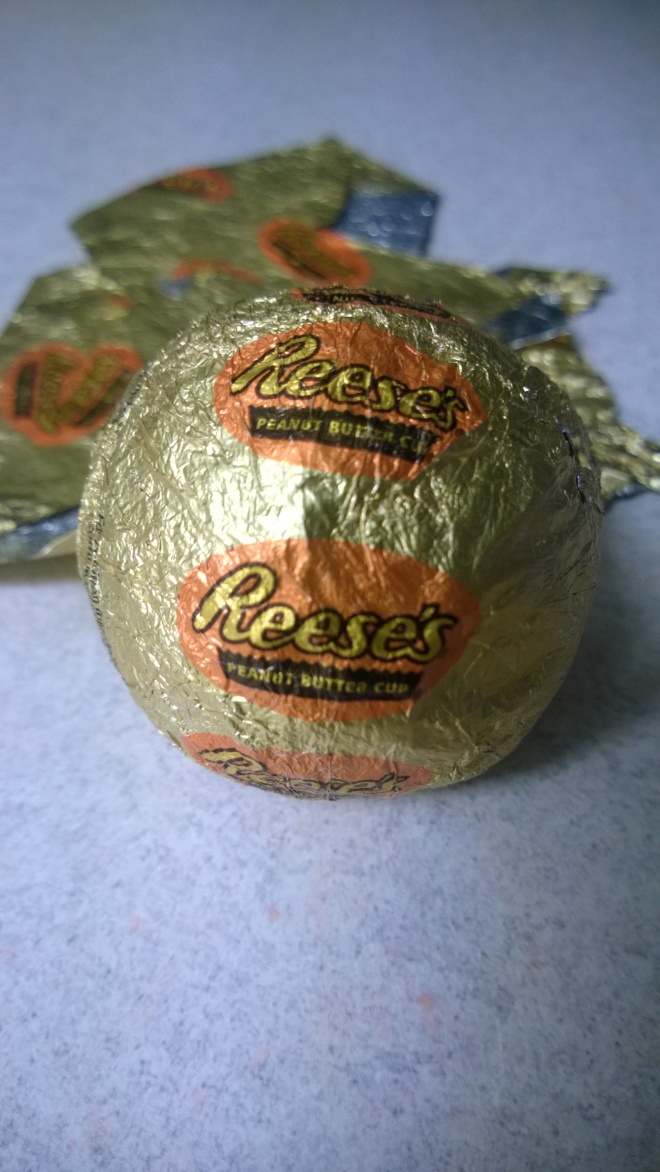 The moon stopped and asked him one day; “Are you angry with me? I have not seen you and the one dancing under my light for a long time.”
“No, I am not angry with you moon. The one choose a shallow pan over me, she have abandoned the glory of our being. I desire to dance under the glory of your light. But for now I do not have one to dance with.” said the man. “How sad.” the moon replied.

And the moon grew sad and darkened the sky’s. The rain stopped and asked the moon; ‘Why do you despair, dear moon?” And the moon told the rain of the sad story of the man and the one. He told of the true love the man and the one had. How he saw the happiness and deep love the two had as one. And the rain cried tears of dew that covered the fields the whole world over. And the grass and trees and flowers tasted the sad dew from the rain. They asked the rain why he cried tears of sadness. And the rain gave the story of the man and the one. Then the plants dropped the dew to the ground because it was filled with sadness and tasted bitter.

The soil rejected the sad dew and it flowed to the stream. The stream gobbled it up and it flowed to the river. The river felt the sadness in its waters and churned it into rapid pools and preceded to flood the lands. The succession of sadness in the floods grew larger and faster until it arrived at the sea. The sea seeing the anger in the waters asked the river why he caused such a misery on the land. And the river told the tale of how the land refused the sadness of the dew. The sea called into the deep ocean. It asked the land why he did not absorb the dew, filled with sadness. The land replied the moon had caused the rain to cry tears of sadness. And the plants shed the water for it tasted sour.

The sea looked upon its surface and could not find the reflection of the moon. So the sea called to the ocean far away to ask the sun what had happened. The sun told the ocean it had shined its light to the moon for refection of happiness to ward off the darkness. But something happened to make the moon sad. The sun asked the moon why have you darkened the night sky? And the moon told the story of the mans sadness because the one rejected the love of the two, for a shallow pan. The sun paused for a moment in time, he remembered how he once rejected a planet and flung it out into space. But the love of the one returned after a very long time. It collided with the earth, and the earth absorbed its sister and made the moon from the remains. Then is when the sun asked the earth why it absorbed its sister, whom the sun had flung into the farthest reaches of space. And the earth reminded the sun of the deep love of family. And the moon was set to orbit the earth and reflect the sun on the dark side of earth by night. This is how the world reminded the sun of true love. And by the light of the moon lovers can dance and reflect happiness toward the darkness of space and time.

And so the sun called to the moon and told it of the love on earth. And the moon smiled a crescent grin, lighting the night sky. The man saw the happy smile of the moon and remembered the happiness of the two. But without his one true love beside him he felt lonely. But the clouds felt the love of the sun, reflecting from the moon, and opened the sky to let the stars shine through. And the man wished upon a star, starlight, star bright, first star I see tonight, I wish I may, I wish I might, find my one true love tonight. And an angel heard his song, descending from the heaven above, came to the man.

And she told the man; “Your sadness has caused an upset in nature. Why do you feel you must make the world sad?” And the man replied; “I did everything to make the one happy. And she gave me heartache in return. The one was my everything. I was only her nothing. I tried to keep our love strong, gave all my patience and understanding. Was always there for her when ever she needed me. And when I needed her she called me a martyr. Spoke bad thing about me for her friend to laugh at. I gave her all my attention. Even when I did no wrong I accepted blame for the very chaos she created. And in the end, left me for a shallow pan.” And the angel asked the man; “And from all the wrong you still love the one?” “Yes, I do.” said the man.

And the angel thought for a time. And she asked the sun, the moon and the stars for light on the matter. And nature brought forth her soft rain, and seasons and plants wrote advice. The fish of the sea and all creatures on the earth put together their minds. And at once, in a twinkle of an eye, the glory of creation caused the man to go forth in a deep sleep. When the man awoke he saw life through different eyes. And with his own mind he decided that true love was always within himself. And he danced under the light of the moon, given by the sun. And the rain fell softly on the grass. And the land absorbed some and shared also with the stream. And the river felt calm. And the sea kissed the land with waves and foam. All the while the sun remembered that rejection of family created chaos, that set into motion the sadness of the man, who loved the one fallen into a shallow pan. And this is why the moon smiles in a crescent. Why even on the darkest of nights a star shines its light. And the man understood that he forgives the one who thinks that what appears to some as black sky is the foot that stomps the small mind. Nevertheless, he can still miss the one true love.

Have you ever looked deep inside, the way I look into your eyes? Do you notice the smaller things, like the beauty I see in your iris? The smaller things in life are beautiful for me. Like the sound of your heart, softly playing the song of life when we are near. Even your breath, when we kiss may seem small, but it means a big thing for my ears. And for the camera lens we can focus on the smallest of things most never dare to see. Let us journey inside our flowers. 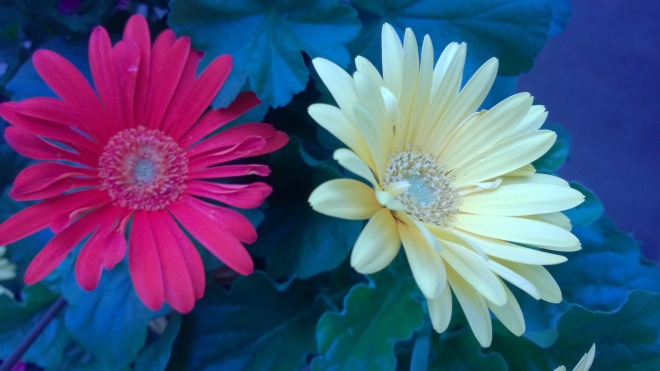 And even Holly Berries look different up close Tender like the softness of your skin rose leaves emerge

To implore an aphorism, one cannot cheat death. Man becomes a trivial creation, lost in the vastness of the cosmic prairie, adrift on the deep ocean of time. A single one, among countless others. The earth needs time to prepare, for your illustrious arrival… And departure. We are all diamonds among diamonds. Nevertheless, a diamond still shines brightly.

What is the source of your jocular reaction? A Few Photographs From The Animal Kingdom 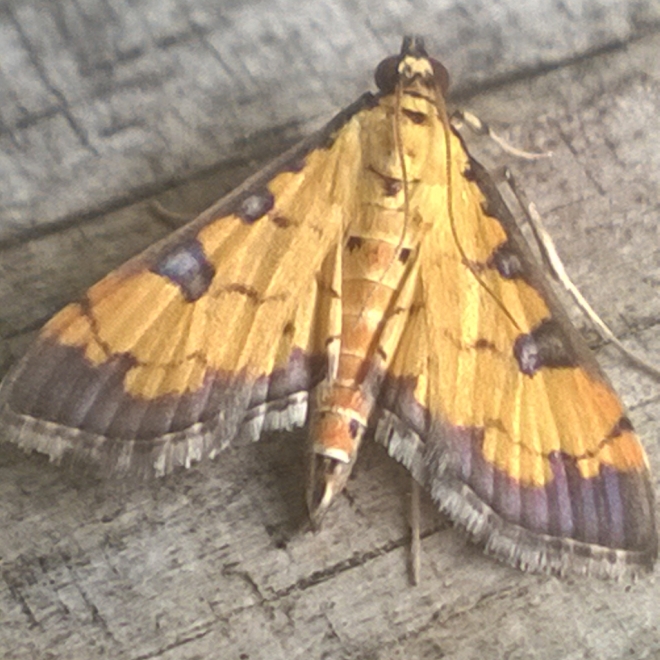 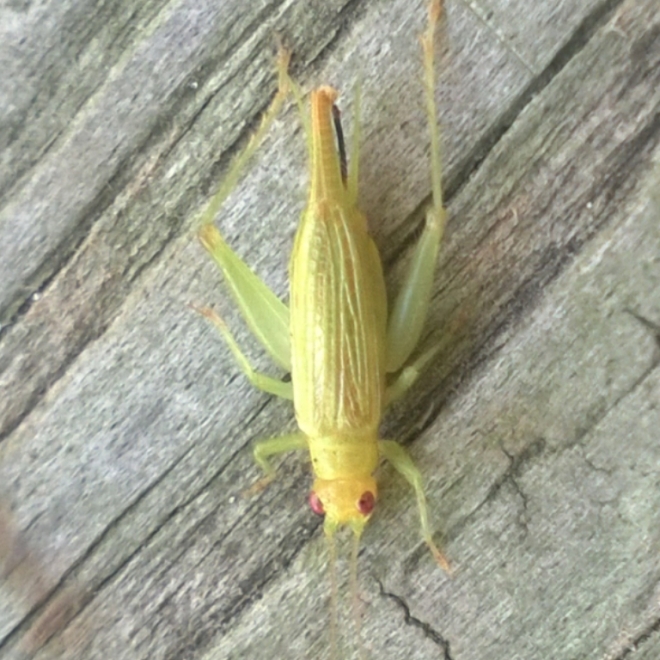 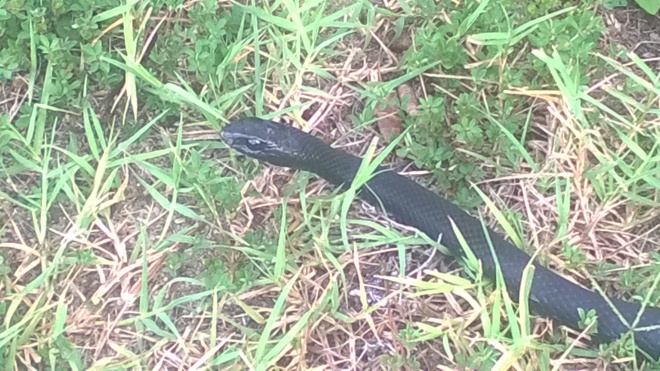 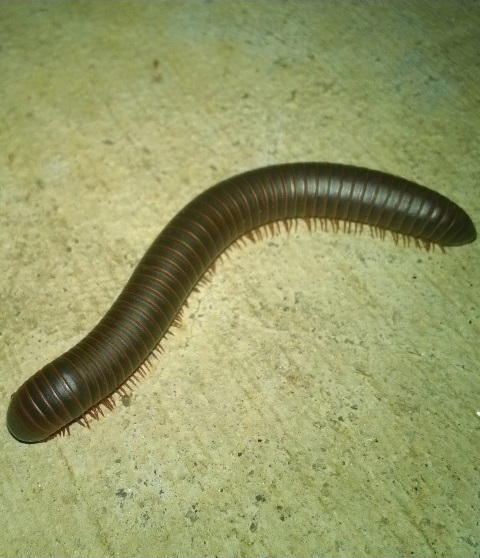 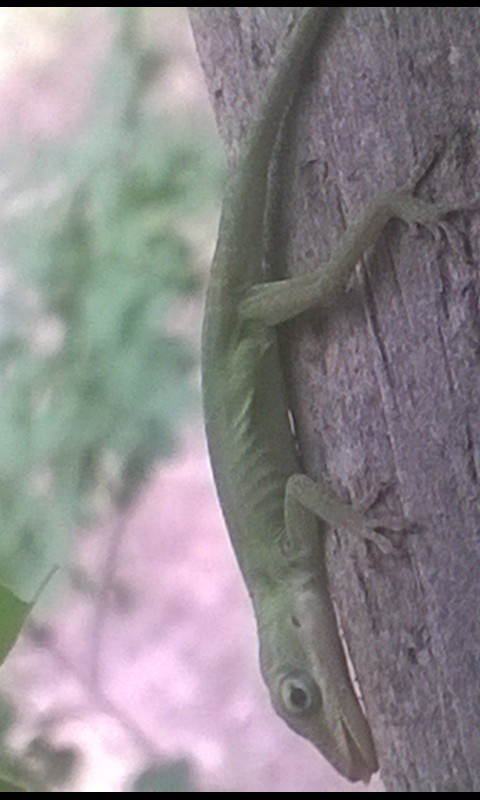 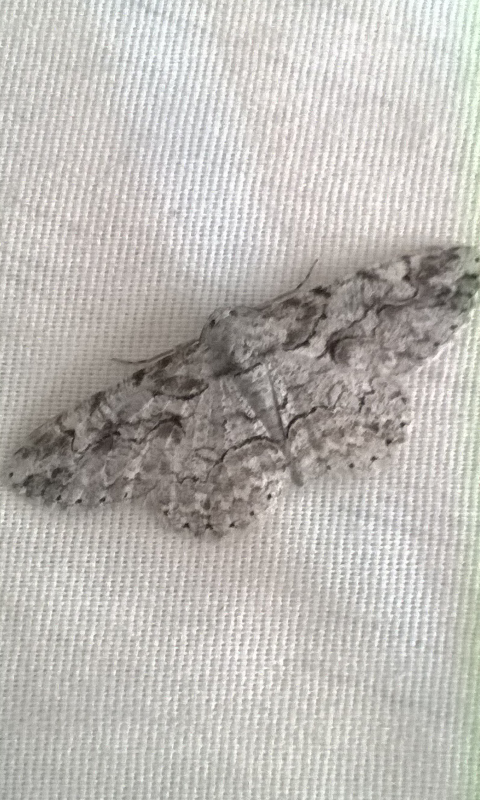 The heart knows something that the mind can not understand. (10w) 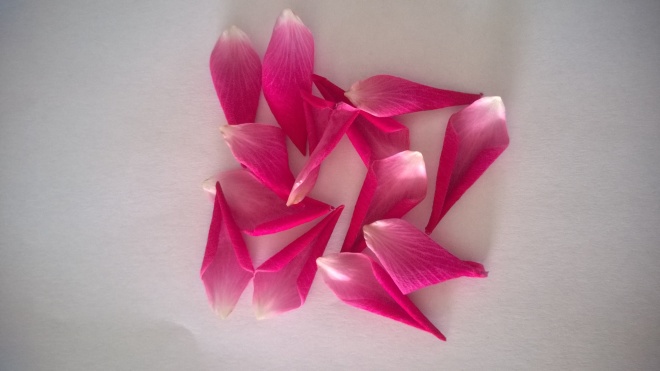 First find balance within yourself.

Life is full of beauty. Notice it. Notice the bumble bee, the small child, the smiling faces. Smell the rain, and feel the wind. Live your life to the fullest potential, and fight for your dreams. Nobody can go back and start a new beginning, but anyone can start today and make a new ending.

Usually the church has hymns posted near the pulpit here. But in “The Walking Dead” season 5 episode 7 ‘Crossed’ something else is seen. (Easter Eggs) 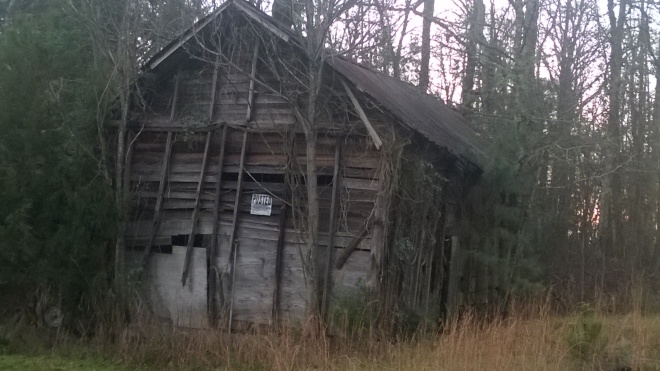 Marriage is like a home. When something needs attention you do not buy a new home, you resolve the problem. ~ quote of resolve

Relationship is complicated and has many parts, where true love is only a singularity. We have a multitude of parts we can seek perfection in. ~ quote of perfection 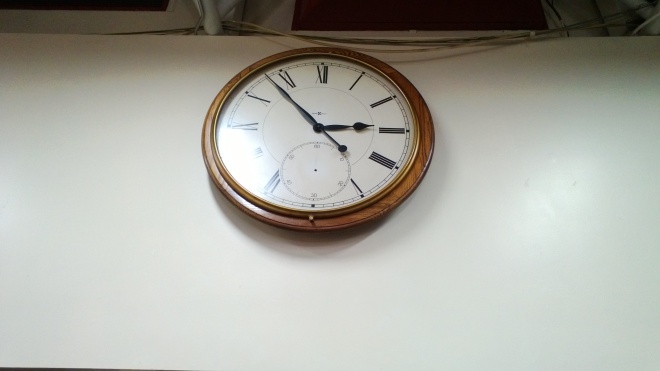 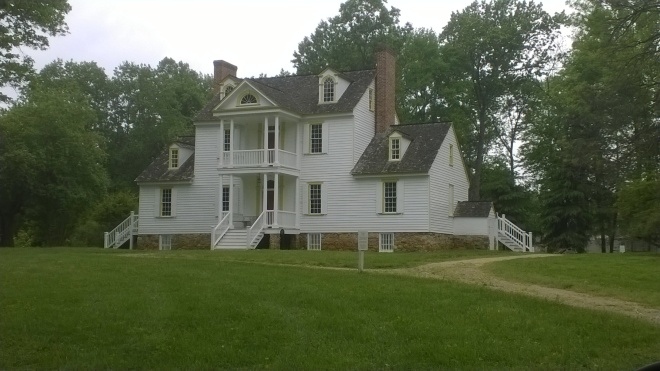 I tried to show her everyday she was my favorite person, my best friend and always my one true love. ~~ Looking Into The Mirror As The Story Unfolds

(March 15 is the beginning of the New Year but Nisan 14 shows it as 22, March,  however it will actually fall a month late on 22, April. The spring equinox occurs on 20, March this year. Does anyone really know what time it is?)

Life in islamic point of view

Rhythm In Life
J. A. Allen